The US and Mexico aren’t on ‘the same page’ about cartels, and now thousands of people are fleeing to the US

On October 15, at the request of the US Drug Enforcement Administration (DEA), Cienfuegos was arrested as he arrived at Los Angeles International Airport. The retired general was accused of working for the Beltran-Leyva trafficking organization.

After much pressure from Mexico's government, then-Attorney General William Barr reached a deal to drop the charges, permitting Cienfuegos' immediate release. After returning to Mexico, Cienfuegos was allowed to walk free.

Since then, the two countries' relationship on security matters has gone cold.

In December, lawmakers approved an amendment to Mexico's National Security Law restricting "all foreign agents operations in Mexico," removing their diplomatic immunity, and requiring Mexican public officials to submit a written report of any phone call, text message, or other communications with a foreign agent.

"The US-Mexico security relationship haven't been in such a difficult situation since maybe the '90s, and the Cienfuegos case has had a lot of weight in this diplomatic conflict," said Vanda Felbab-Brown, senior fellow in the Foreign Policy program at the Brookings Institution think-tank.

According to Felbab-Brown, the distrust stems from when Mexican President Andres Manuel Lopez Obrador took office.

"Since Lopez Obrador's administration took power, the cooperation relationship has fallen dramatically, and I think the lack of trust is mutual. The way Cienfuegos' information was released extended the level of distrust beyond the agents to institutions," Felbab-Brown told Insider.

The effects of failed security coordination are felt acutely in Aguililla, a small town in the southern Mexican state of Michoacan, where a new war between Mexican drug cartels is growing beyond what Mexican authorities can control.

"Mexico is now overwhelmed and out of capacity to attend what is going on in Aguililla, and we really need a US intervention. I'm calling the DEA to come and help us," Catholic priest Gregorio López told Insider.

López, known as "Padre Goyo," was vicar of Apatzingán, one of Michoacan's largest cities, and has been a human-rights activist in southern Mexico for years.

In 2014, Mexican authorities killed five men from the Caballeros Templarios criminal organization while they were chasing López, attempting to kill him.

López said that since the first days of 2021 he has been receiving families fleeing Aguililla for Apatzingán, where he runs more than 30 shelters.

"Up until today we have had more than 500 families. We are talking about a whole town fleeing because the drug traffickers are operating with full impunity, killing innocent people," López said in mid-May.

One of the families fled after finding a drone holding a grenade flying over their house in the middle of the night, according to López.

"[I] myself have collaborated with the DEA in Aguililla and have asked them to detain some top cartel bosses. It has been an effective approach. That's what we need," he said.

Lopez said he is relying on Biden to send foreign agencies into Michoacan to fight cartels.

"We are relying on Biden's humanitarian policy to send help. That is the only way since Obrador is a joke. He can't deal with this anymore," Lopez said.

Aguililla, home to less than 20,000 people, has become the epicenter of a violent war between Cartel Jalisco Nueva Generacion and Carteles Unidos. On May 14, Mexican authorities confirmed that two members of the Mexican National Guard were killed in an ambush while entering the town.

"All of these families, 500 families, are now looking to flee for the US to ask for political asylum. I am helping them in sending letters to US authorities corroborating their reasons to leave Mexico," Lopez said.

"This is a direct responsibility of US and Mexican authorities failing to accept Mexico has a failed state – the organized crime is more of an authorized crime," Spector told Insider.

Cecilia Farfan-Mendez, head of security research programs at the Center for US-Mexican Studies at the University of California at San Diego, said Mexican criminal organizations directly benefit from the failure of both governments to find common ground.

"Lopez Obrador's administration is thinking on Mexico's sovereignty, and it's getting the US authorities frustrated since it's very unclear what Mexican authorities are actually looking for," said Farfan-Mendez.

As the US and Mexico "fail to be on the same page," Farfan-Mendez added, "criminal groups are coordinating amongst themselves, looking [for] and taking bigger advantages to favor their criminal enterprises."

Matthew Donahue, the DEA's deputy chief of operations, recently told NPR that security cooperation between the countries has "unraveled."

"We're willing to share [intelligence] with our counterparts in Mexico, but they themselves are too afraid to even engage with us because of repercussions from their own government if they get caught working with DEA," Donahue said. 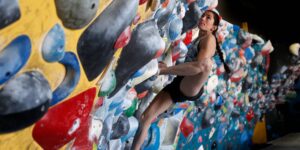 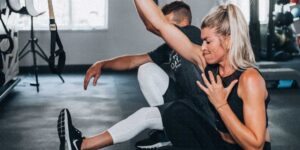 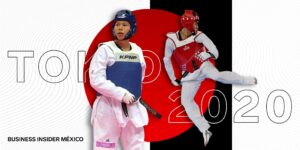