A Tesla driver broke down a series of quality-control issues with his new Model Y on Twitter.

Quinn Nelson, the owner and host of Snazzy Labs, a media company focused on tech news and reviews, highlighted several issues with his new Tesla, including poor panel and bumper alignments that have caused leaks in the car's cabin. He also detailed issues with the car's AC unit and door handle, as well as a shoddy paint job that left sections of the car mismatched.

Nelson told Insider that despite the multiple issues he found with the vehicle, it was ultimately in better shape than his Model 3 when he received it in 2018.

"The main issue they have is a lack of consistency," Nelson said. "I could have rejected the delivery for not meeting my own quality standards, but a new car could take weeks or even months and I'd just be throwing the dice again. The next car could be in even worse shape."

For Tesla owners, it's not uncommon for new vehicles to be returned to local service centers for small fixes upon delivery. Nelson said on Twitter that he has requested several of the issues with the car be addressed before the car's odometer hits 100 miles.

Tesla has long been known to have issues with quality control, especially when new models are launched. In 2018, engineering consultant Sandy Munro said Tesla's Model 3 had serious production flaws.

"I can't imagine how they released this," Munro said at the time.

In response, Tesla CEO Elon Musk admitted that the electric carmaker has had issues with quality control. In an interview with Munro, Musk warned it might not be a good idea to buy a Tesla during a new model's ramp-up period.

Despite complaints over quality control, many Tesla owners remain avid supporters of the brand

"As far as I'm concerned, there is no electric powertrain anywhere near what Tesla offers," Nelson told Insider, dubbing other EV efforts from companies like Volkswagen and Ford "clunky."

"Once you've bought a Tesla it's really hard to go back," he said.

While Nelson admits he is not a fan of Musk's antics, he pointed out several advantages Tesla has over other carmakers.

Not only is Tesla the frontrunner when it comes to deliverability – in the US most other carmakers like Rivian and even Ford lag behind when it comes to specs and release dates – but, the company is continually innovating.

"Teslas are exciting cars to own. They're continually changing. My Model 3 was a better car when I sold it in 2021 than when I bought it in 2018," Nelson said, pointing to Tesla's propensity for continually pushing out new software updates.

The electric carmaker also has a massive competitive advantage when it comes to its SuperCharger network. Range anxiety poses a major threat to EV adoption. While President Joe Biden's infrastructure bill sets aside billions of dollars for EV charging, Tesla's network is faster and more readily available.

As of February, there were just under 100,000 electric-car charging stations in the US, said a report from I. Wagner, a researcher on traffic and motor-vehicle manufacturing. To date, Tesla supercharging stations alone account for over 25,000 stations, data from the company's website indicated. While regular Tesla stations can be used with non-Tesla EVs through a special adapter, supercharging stations are not yet compatible with other electric cars. Though, Musk said on Twitter he plans to make Tesla's entire charging network accessible to all EV drivers.

Despite Tesla's jump on competitors, it's hard to say how long the carmaker will be able to get away with quality-control issues alongside its luxury price, especially as other larger automotive companies hustle to deliver similar specs with more streamlined quality-control processes.

"Tesla doesn't have a lot of excuses anymore," Nelson said. "They've been making production cars for 10 years and some of them are lower quality than they were two years ago." 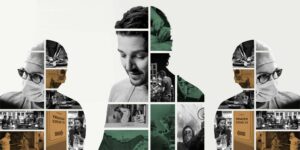