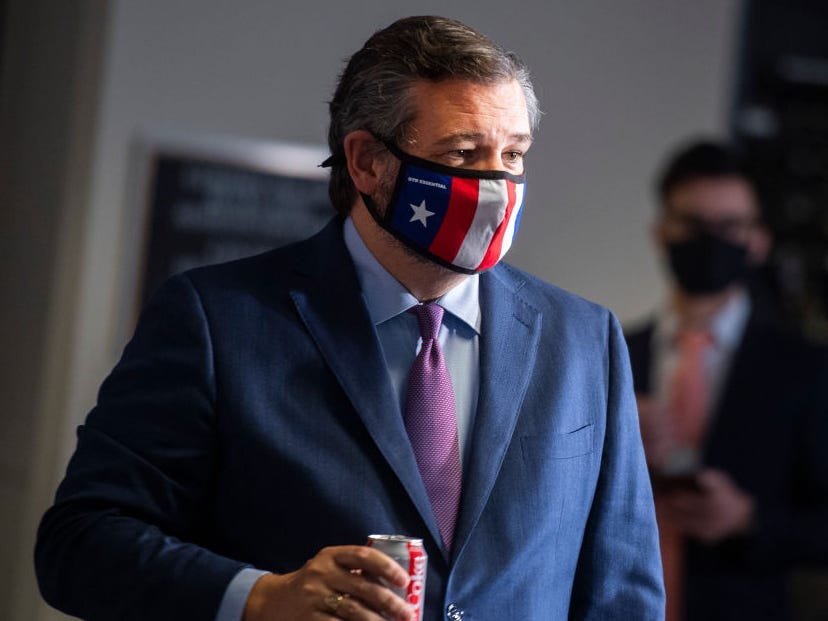 Sen. Ted Cruz said the growing national debt is set to broadly re-emerge as an area of concern of Republicans down the road.

During an interview on «Axios on HBO» with political reporter Jonathan Swan, the Texas Republican discussed the budget deficit and the federal debt. The pair had an energetic back-and-forth on the matter, with Swan saying Republicans had approved spending policies that grew the deficit, like the 2017 tax cuts.

Cruz also claimed Trump never ran on cutting the debt, but the president campaigned in 2016 to eliminate it within eight years.

Tweet Embed:
//twitter.com/mims/statuses/1320935753996787712?ref_src=twsrc%5Etfw
.@jonathanvswan: Do you think your colleagues in the Republican Party will rediscover its concern over debt and deficits?@tedcruz: Sure.

Swan: Isn’t that the most cynical, phony thing? #AxiosOnHBO pic.twitter.com/P0q587kr4y

Asked if the swelling debt and deficit will become an area of concern for the GOP, Cruz responded: «Sure.»

«Isn’t that the most cynical, phony thing?» Swan asked.

Read more: An investing shop overseeing $476 billion analyzed 650 stocks to fine-tune its election strategy. The firm’s experts break down the trades to make around a Biden win — and explains how investors can keep portfolios safe.

As a result of the pandemic, the budget deficit — the gap between tax revenue and federal spending — grew to $3.1 trillion for fiscal year 2020, three times the size it was last year. The larger amount reflects the government action undertaken to confront the pandemic, but the deficit had been growing before 2019 as well.

The largest chunk of spending came from the $2 trillion economic aid package known as the CARES Act approved in late March, which contained $1,200 stimulus checks, $600 enhanced unemployment insurance, and small business aid, among other measures.


In recent months, many Republicans have opposed another federal rescue package, citing the growing federal debt. The White House and Democrats are discussing another stimulus bill that could be nearly $2 trillion with Trump’s strong backing. Republican Sen. Rick Scott of Florida blasted the price tag under consideration on Tuesday.

«We’ve got to understand that we’ve got to get our fiscal house in order,» Scott told CNBC. «Somebody is going to have to pay for this.»

But Federal Reserve officials and budget experts across the political spectrum argue more spending is needed to prop up a weakening economy.

Permanent layoffs are mounting and millions of Americans are still out of work. Nearly 23 million Americans are receiving unemployment benefits.